death wearing the mask of love 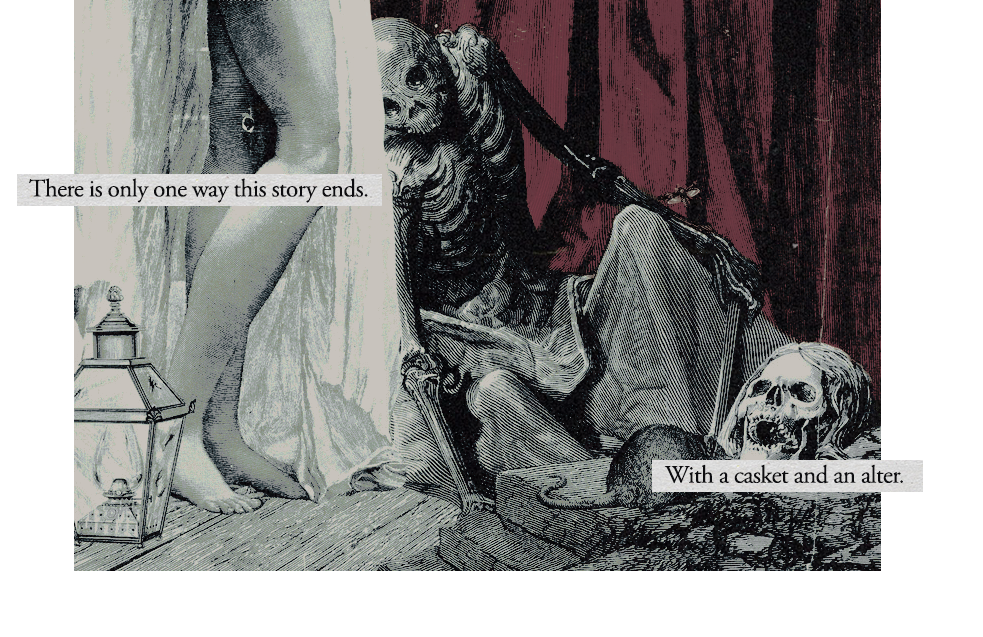 of fate most fatal

the phantom has never been the muse of this tale

this song is for you
lend me your ear

SCENE I. the maiden & the netherworld

your legacy lies on a cliff's edge

iníon na dúlainn! the wraith returns with foreign song on her lips

NAME : eimile o'dienne
TITLES/ALIASES: iníon na dúlainn ( daughter of doolin ), the lady in white, guardian of the nether gates, the last of the filí, poetess the prophet, an unreliable narrator
AGE : indistinguishable... she was in her 20s at the time of her first death but she chooses to continue to shift her age accordingly when she rises again.
GENDER : female ( she/her )
SEXUALITY : biromantic/sexual
ZODIAC: pisces sun, sagittarius moon, cancer rising
BIRTHDAY: march, 12th
SPECIES: ben síde, part of the nether folk not to be confused with the seelie or unseelie fae
FAMILY: daughter of clíodhna, laoise o'dienne (step-mother), unnamed father
SPOUSE: lochlann hanley (deceased)
BIRTHPLACE: doolin, ireland
DWELLINGS: the lus mór estate (the o'dienne ancestral home), the cliffs of moher, fearann ceò, the court of the ben síde & baobhan sith
LANGUAGES: irish (munster irish), celtic, scottish gaelic, welsh, english, french, german, the language of the dead, most fae speak

HEIGHT: 5'3" (161cm) in her human form
HAIR: raven's wing black, reflects blue and green in the light
EYES: a milky blue and sometimes entirely white when speaking prophecy or keening
SKIN: bone white and pallid
BODY TYPE: despite her diminutive stature she has a long willow tree form, thin limbs and almost translucent presence
VOICE: an entirely airy cadence, she sounds as if she is perpetually speaking while in a state of dreaming. her voice is only ever clear when she sings or heralds the dead
DISTINGUISHING FEATURES: a sometimes nearly transparent complexion which allows her skeleton to be visible even through the surface of her skin, eternally cold to the touch, she emits a soft viridian glow during the act of prophecy, pointed ears that extend outward

PERSONALITY: she seems to carry a sweeping sadness with her and yet she is someone who enjoys joking and laughing her humor, though quite morbid, is a large part of how she copes with her fate, and of course she is a terrible and unrelenting hopeless romantic to top it all off.
BEHAVIORS: plays with her hair when nervous, talks with her hands (more theatrical than necessary), laughs with her full chest always, prone to fits of drama (flinging herself onto the nearest fainting couch) 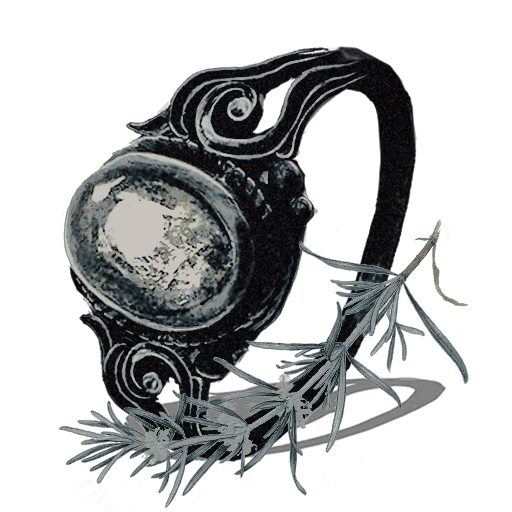 TRANSFORMATION: eimile is a bit of a shape shifter and is able to take on the form of a crow/raven if she so pleases though she prefers her more human form since she is able to fly without fully transforming. she also is able to outfit herself with moth's wings though it's uncommon given the convenience of her raven form.
ZOOLINGUISM: she can communicate with most birds but she is very adamant about speaking with bugs and spiders... just because she can speak to animals does not mean they are all very fond of her though.
PROPHECY: in the form of a banshee wail eimile can sense when death is near. she can also deliver general prophecies which she does in the form of song and more often than not a rather jarring limerick.

HYPNOTISM: as a descendant of clíodhna who is a goddess of love as well as death eimile is able to add a charm to her voice that coaxes those that hear it into a trance and makes them docile and susceptible to her will. this is an ability she takes issue using and only defects to when absolutely necessary.
NECROMANCY: she cannot raise the dead properly but she can call certain ghosts to do her bidding. most commonly she calls the spirit of a red fox to her side as company. the fox has been lovingly named, dearbhla.
WHISPERS: whispers are a form of will o' wisps that can carry messages between the living and dead. they take on the form of ghostly blue butterflies and disappear once their message has been delivered. they also can be used to lead the living to the land of dead or where the veil between worlds is thinnest. eimile frequently uses them as messengers and occasionally as a reading light,

SWORDPLAY & SPEAR WIELDING: eimile's weapon of choice is a spear composed of black iron and inlaid with opals. it was a gift from her true mother and it has been named, fedelm. to a lesser degree she is familiar with swordplay and can hold her own in a fight hough it is not where her true talent lies.
MUSICIAN: a talented piano player and composer before taking up her role of guardian of the gates she was due to have a promising career in music. she is also a formidable singer but this is a skill she attributes more to her lineage than anything else.
POETRY: not exactly a talent but she does try her hardest to put words to paper. sometimes there are strokes of genius here but more often what she writes lands in the realm of accidental comedy.

there is love beyond the valley of death 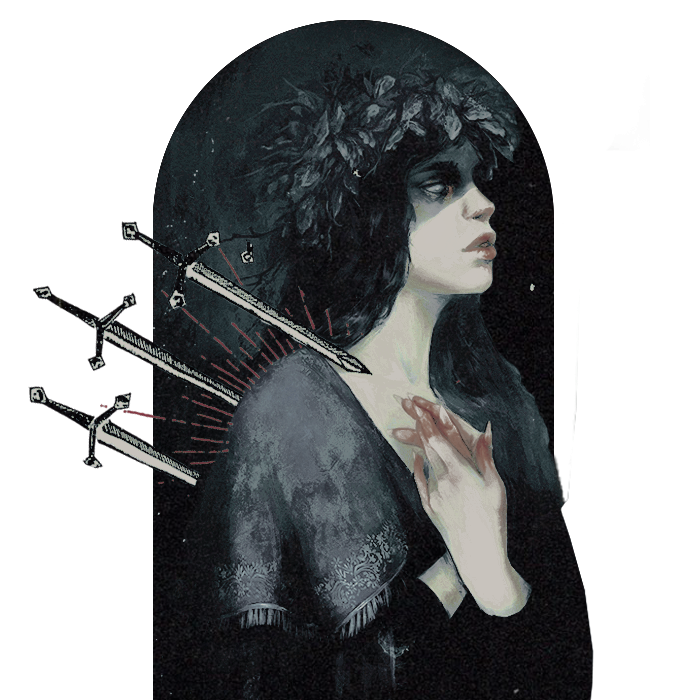 i. this is an independent roleplay blog for the original banshee character, eimile o'dienne which is heavily rooted in celtic mythology and folklore.

ii. eimile's story is based on personal lore and mythology. she does exist in the realm of irish folklore first and foremost though but i have plenty of general media reference points for her as well. in terms of atmosphere the video game folklore (2007) serves as a core influence on this blog as well as angela carter's novella: lady of the house of love.

iii. this is a multiverse / crossover-friendly / multiship blog. please remember that eimile is a widow in her main timeline and it does significantly change the way she views love and relationships.

iv. i gravitate towards rping with mutuals because it is what i am most comfortable with. if i follow you it means i definitely want to write and plot at some point. i don't believe in follow for follow.

v. there will be gore / violence / sexual themes present on this blog given the nature of celtic mythology. if at any point you feel uncomfortable with this content please feel free to unfollow for your own comfort and safety

vi. that being said both the mun and the muse are 21+ and i rather no one under the age of 18 follow me for the comfort of both parties involved.

vii. i am not a resource blog so please reblog from the source when possible. i rather not get notifications for random reblogs that have nothing to do with me. this same rule applies to my aesthetic blog as well. if you mass reblog or like i will softblock you and if we aren't mutuals than i reserve the right to hardblock.

viii. all graphics and writing found on this carrd and on my blog are my own. please do not steal either from me. eimile is a character of my own original work and written entirely by me. if i see any aspects of her story or aesthetics lifted for other characters i will approach you.

ix. lastly, i’m cora, your local latina jew! i’m 25 and go by she / her pronouns. i am a full-time graphic design student so my writing and activity may be sporadic at times so please be patient with me